This edition of the inSonic festival was a showcase for genre-spanning artistic confrontations with new media technologies and innovative concepts, which was explored in lectures, hands-on demonstrations, concerts and live coding performances.

Machine-learning algorithms in space- and time-based media, data sonification and visualization, algorithmic processes for spatial sound generation – in 2018, the topic of algorithms and big data was negotiated within the framework of the festival, discussing to what extent algorithms have long since penetrated both above and below the public radar into socially relevant everyday processes as well as into the media arts.

The artist collective "Quadrature" (Juliane Götz & Sebastian Neitsch) operated at the cutting edge of art and science and presented a new audiovisual performance that was created during a three-year #beBeethoven fellowship at the ZKM. The external parameters of "LMG#2" were based on data from rotating neutron stars, so-called pulsars.

Garth Paine, media artist and sound researcher, was a guest artist at the IRCAM (Institute for Research and Coordination in Acoustics/Music) in Paris and at the ZKM in 2018. With "Future Perfect", he developed an immersive 3D video performance for High Order Ambisonics and Virtual Reality for smartphones. Festival visitors could try out the newly developed performance system by Garth Paine in a hands-on demonstration.

The US-American artist and software developer Dan Wilcox demonstrated a new version of the spatial sound control software "Zirkonium" developed at the ZKM.

In the run-up to "inSonic 2018: Algorithmic Spaces", the ZKM in cooperation with the research project "Algorithms that Matter" (ALMAT) at the IEM Graz have called for the submission of works dealing with the spatiality of calculation processes. As a result of the Open Call, fixed-media compositions and live performances were performed that used generative processes to create space.

At the end of the festival, new live coding and VJ performances were presented on the music balcony of the ZKM. 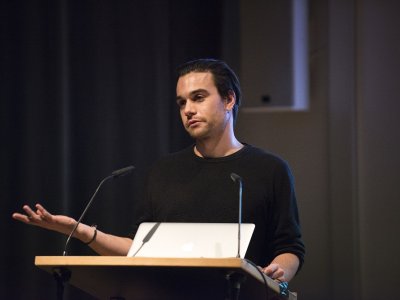 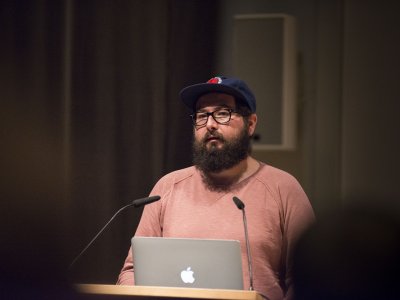 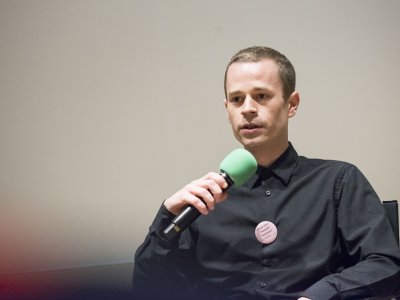 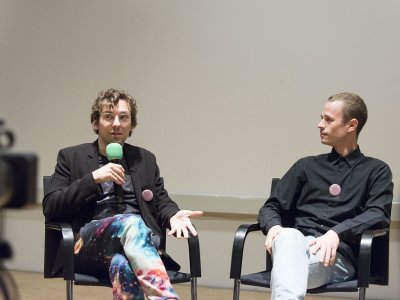 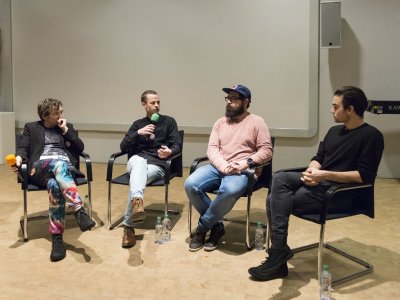 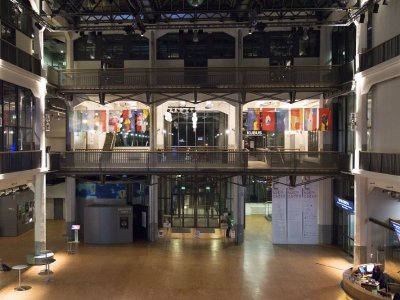 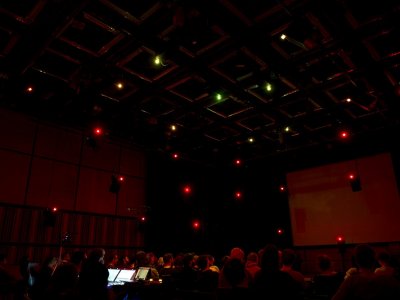 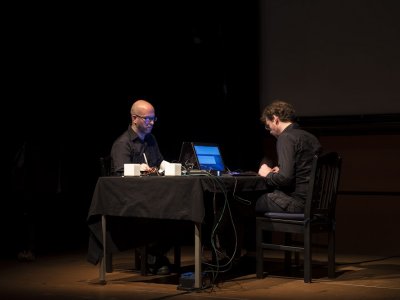 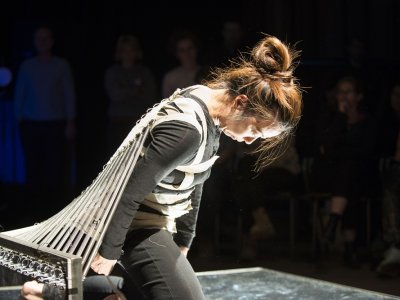 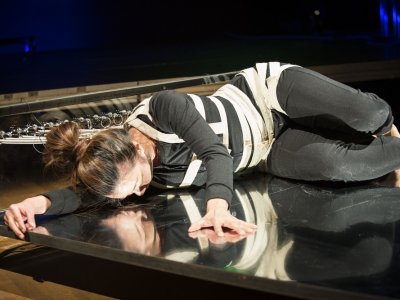 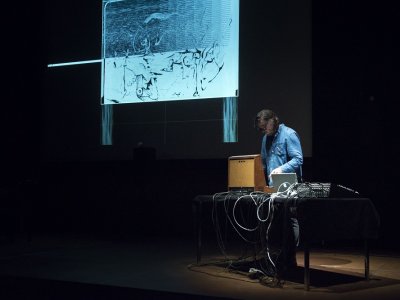 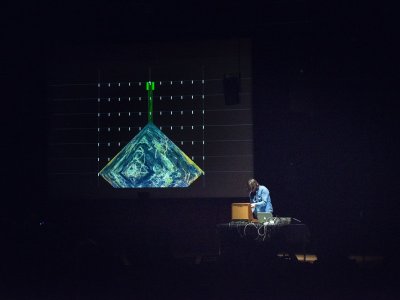 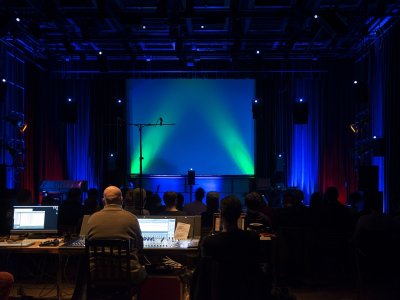 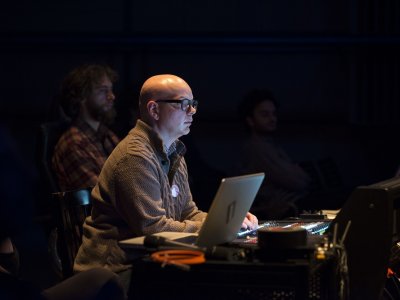 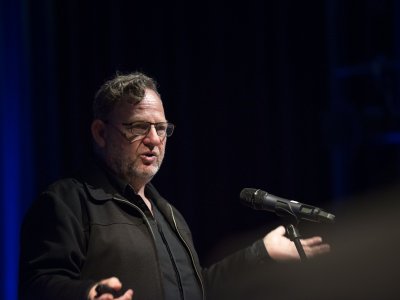 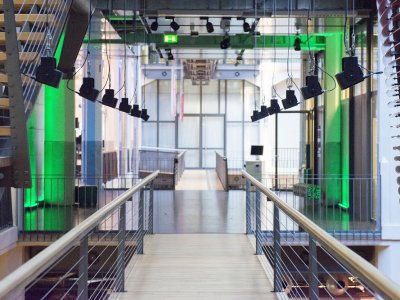 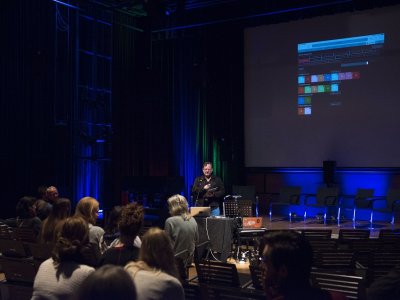 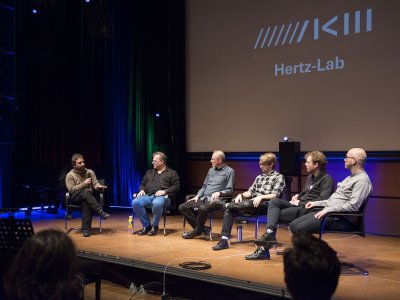 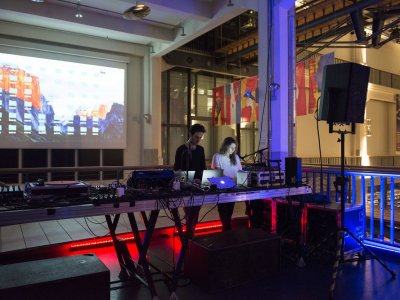 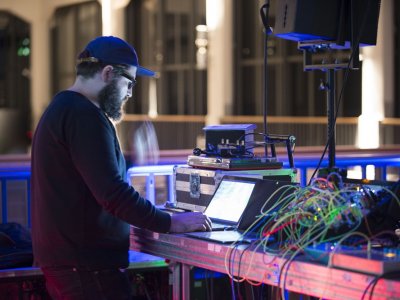 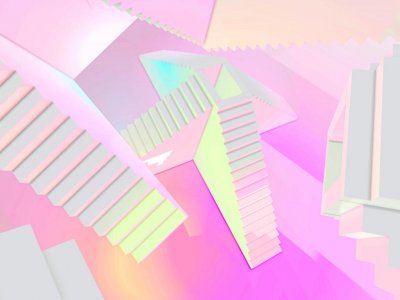 Damian Dziwis: Me against the Machine