ZKM will invite composers of electroacoustic music and sound artists to create new compositions inspired by the intersection of electroacoustic music and sonic arts with other genres, such as dance and video. The invited artists in residence will work in ZKM’s unique environment and have access to a variety of interfaces, software and hardware settings.

Developed within the framework of a cross-genre residency, the work "DASD - direct access storage device" deals with the haptic exploration of hard disks and their transformation into performative tools in electroacoustic music. The hard disk, a magnetic storage medium of computer technology, was regarded for a long time, after the magnetic tapes and before the data disappeared in the cloud and thus from desks, as an icon and always as a synonym of data storage, the storage of data. In his works, Marco Kempf deals with the reinterpretation and reinterpretation of old hard disks and the possibilities of using the contained technology as well as the stored data for a new artistic purpose. The storage of data is a process of digital self-portrait and archive of one's own biography. Through the content a hard disk becomes a document of the time and a testimony of its owner and the digital content gets more meaning than its mechanical parts. With advancing technology and the emergence of ever larger amounts of data, the hard disk has developed into a disposable article due to its fixed storage capacity, despite its valuable content. By opening the case, a glimpse into the inner mechanical core of the hardware is granted, thereby establishing a new perspective that creates a sensitivity for the "materiality" of data. Through the modification of the hard disks and a developed algorithm, old discarded hard disks are transformed into new instruments for control and performative expression. A new form of DJ, the "data jockey", is created through the misappropriation.

For the duration of his residency, Marco worked on two application scenarios:
A. The hard disk as a pure controller by using the motor as an encoder
B. Direct sonification of the written data by picking up the magnetic patterns on the hard disks.

The collaborative process of composition will be conducted online in an iterative fashion, in which the composers will submit and evaluate sound material/ideas/suggestions. These data will train the machine learning algorithms, which will generate new sonic structures according to the group preferences. The framework implements a decentralized model for electroacoustic music composition, featuring hybrid agency (human-algorithmic) and distributed authorship.

The final presentation will take place on 13/12/2019 as part of the Sonic Experiments: Telematics Festival. Read more here.

Read more about the open call for composers for CECIA HERE

The Georgian composer and singer Mariam Gviniashvili, the Greek composer Panayiotis Kokoras, the Polish pianist, composer and conductor Martyna Kosecka, The Swedish sound artist Erik Nyström and the Colombian sound artist and composer Juan Carlos Vasquez, together with the project moderators Kosmas Giannoutakis and Artemi-Maria Gioti, will collaboratively develop an electroacoustic composition over a four-month period between August and November 2019 - in collaboration with intelligent agents on a cloud computing platform specially set up for this purpose.

The ZKM | Hertz-Lab launched an open call for sound artists and composers to submit project proposals for a one-month cross-genre residence. Based on sound art or electroacoustic composition, these will deal with emotions in human-machine interaction and link themselves interdisciplinary with Emotional Artificial Intelligence, Affective Computing or neuroscience. Four selected artists will realize their projects from August to December 2019 at the ZKM | Hertz-Lab and present them in spring 2020.

Read more about the open call for Emotional AI HERE.

Damian T. Dziwis
For "The Conductor's Philosophy III - Affective Presence" the Polish composer, live coder and engineer Damian T. Dziwis is developing a generative artificial intelligence that is controlled by a conductor as an emotional human-computer interface. For this purpose, (arm) movements, but also facial expressions and brain waves of a performer are digitized by means of sensors and fed into the computer.

Chris Wood
The American composer and performer Chris Wood further develops "matte_screen", his virtual self for technologically rooted emotional traumas, by dedicating himself to the emotion theory "Sentics" of the cyberneticist Manfred Clynes. Rubber bands attached to the performer are used as gestural controllers for a learning algorithm that generates an immersive soundscape with therapeutic effects.

Laura Ige
The pianist and artist Laura Ige from Buenos Aires will compose a soundtrack for her affective Tinder-bot "Hi, Im $NAME". The program acts autonomously on the net with several dating profiles to investigate the role of women in the net-based affective industry, here as disguises for a seductive malware algorithm.

Andrius Arutiunian
In "Portraits and Poets" the Armenian-Lithuanian composer and sound artist Andrius Arutiunian examines the authenticity of statements by well-known contemporary thinkers by analyzing them with a facial recognition algorithm that emotionally evaluates mimic micro-movements - such as artificial intelligence, which is used as a "lie detector" at EU external borders. Every emotional movement of a thinker that deviates from the norm ultimately generates a sound. 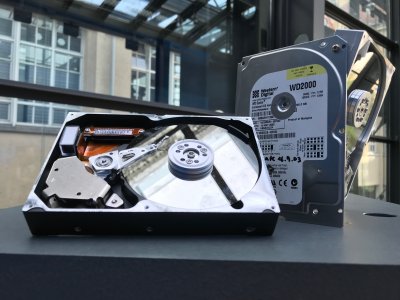