Initiated by the Center Pompidou and IRCAM, this artistic educational project Studios of Creation (Ateliers de la création) has a simple but demanding ambition: to offer students of vocational training schools, far from the world of art and its institutions, a dive at the heart of the most contemporary creation.

Studios of Creation (Ateliers de la création) is a trans-disciplinary project designed for teenagers aged 15 to 17 combining the discovery of visual and sound arts.

During more than twenty hours of workshops, completed by meetings with contemporary artists and performances, students explore a visual arts work (typically a painting or sculpture) from week to week to go beyond their spontaneous first reactions by analyzing it, understanding the techniques and context in which the work was created.

A sonic personal interpretation of the work is created based on the concepts derived from an analysis of the work. Through this gradual appropriation of the work the student becomes a mediator of the work for another public on the occasion of a presentation in an exhibition space.

The Studios of Creation (Ateliers de la création) are based on the idea of choosing a provocative work of art, obtaining the intuitive reactions of young students unfamiliar with the art world, recording sounds from the students training environment, and – finally – asking the students to produce a sonic work reflecting their reactions to the art work. This process takes place over several months and culminates with presentations by the students themselves in front of the students from the other schools.

Find out more about: 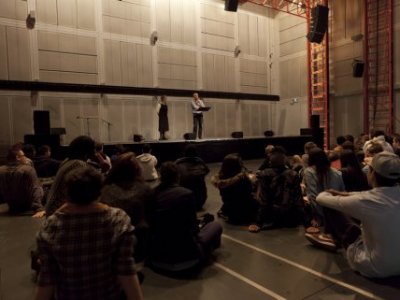 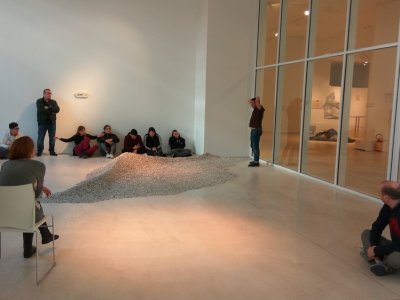